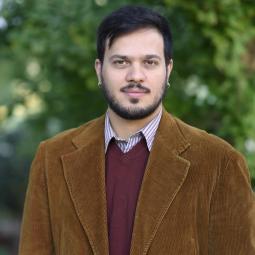 After completing his undergraduate degree at Washington University in St. Louis, Juan Espinoza received an Intramural Research Training Award (IRTA) at the Immunotherapy Unit of the National Institute on Aging at the National Institutes of Health. During his time at the NIH, Juan worked on small molecule design, developing new therapeutic and research tools. Successively, Juan attended the USC Keck School of Medicine, receiving his MD in 2010. Juan completed his pediatric residency at Children’s Hospital Los Angeles in 2013, and in 2014 he became an Assistant Professor of Clinical Pediatrics at Children’s Hospital Los Angeles and the USC Keck School of Medicine.

Dr. Espinoza’s clinical time is focused on complex care coordination and obesity management, while his research focuses on digital health, health information systems, and patient-generated health data. He is the CTSI Director of Clinical Research Informatics for CHLA, and Medical Director of the CHLA Innovation Studio. In 2016, he joined the team at CTIP (The West Coast Consortium for Technology & Innovation Pediatrics) and took over as Director and Principal Investigator in 2018 with a new $6.6 million FDA grant. The guiding principle of Dr. Espinoza’s work is that data and technology have the potential to narrow the health gap faced by underserved communities all over the world.

Juan’s academic interests are complemented by his experiences outside of medicine; in 2010 he co-founded GC/MDDM, a digital media production company that works with television, film, web, and mobile technologies. Through this endeavor, he has partnered with both the entertainment and healthcare industries to create and implement technology and media solutions to healthcare and education problems. Dr. Espinoza utilizes these same skills in his teaching, research, and clinical practice.